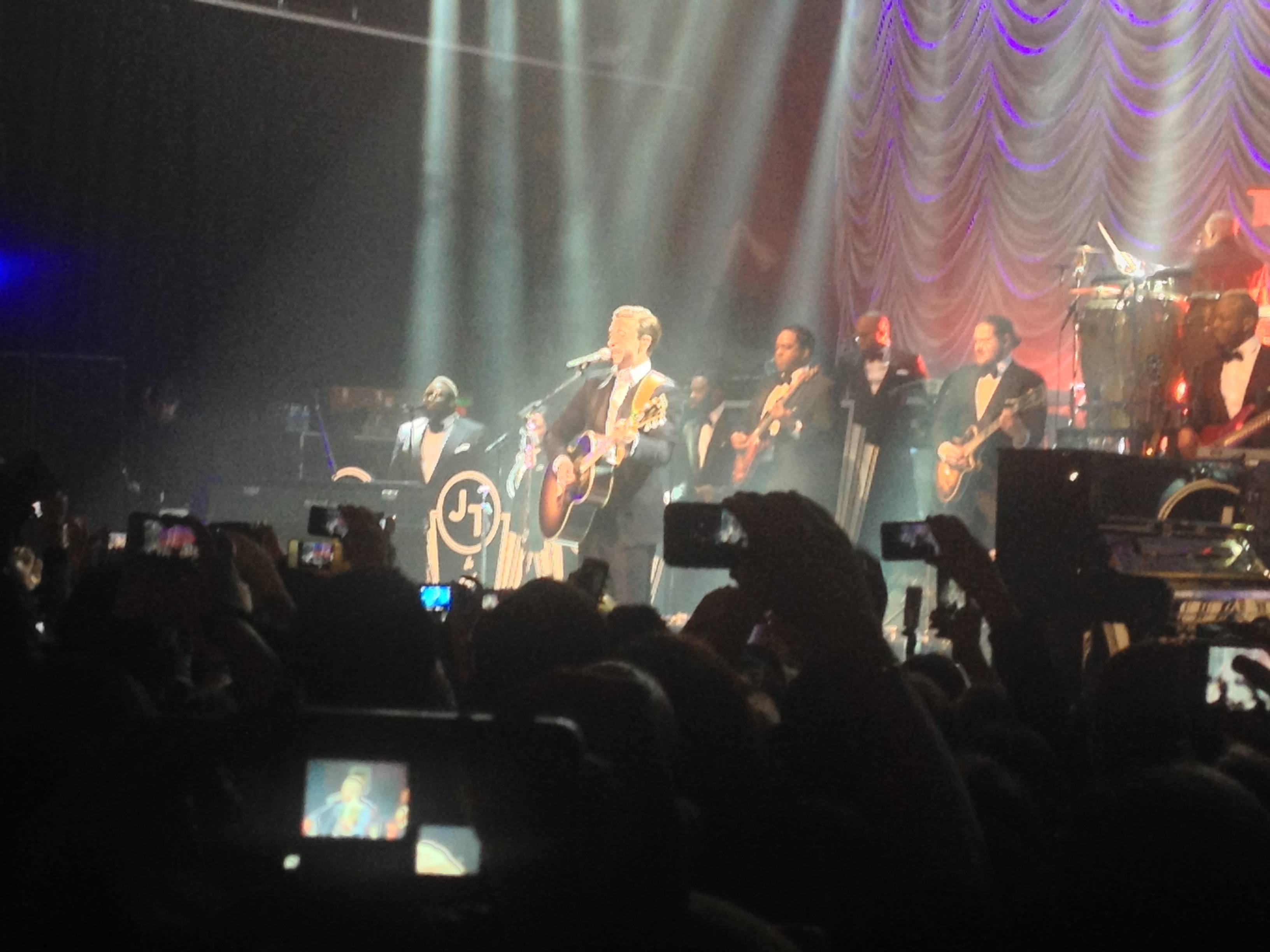 So it seems Rihanna was onto something. The Forum is rapidly cementing its spot amongst London’s music venues as a place where the big go to play smallish. And it’s only reasonable on the night of the Brit Awards, as London is awash with reputable singing folk, that the K-Town institution welcomed another global star. Yes, Justin Bieber was in the audience. And Sir Tom Jones. But all eyes were on Mr T.

The Forum had a palpable buzz to it, from the girls dressed as if they thought they were at the actual Brits to the surprising amount of beardy men, with many visibly flying their fangirl flags high in anticipation of SexyBack’s arrival. There was even – quite brilliantly – a fainter before Jus had a chance to grace the stage; potentially more alcoholic in cause, but let’s just chalk it up to JT’s charm.

The lights dimmed, his dapper band in position and the crowd well and truly screaming, Timberlake opened with the classic Like I Love You. Exclamations from the girl next to me – “I feel like I’m back in 2001!” – suggested this was a most welcome choice. And his skill at whipping up the audience knew no bounds: commands of “Kentish, sing the bridge!” – Kentish? – demonstrated his control over us – and why he left the other four blokes in his wake.

For the next 90 minutes he ran through hit after hit, with the likes of My Love, Cry Me A River and Rock Your Body, the latter complete with slightly cheesy beatboxing. He enjoyably played the audience off against each other in the call and response section of Señorita, whilst a stripped back acoustic version of What Goes Around…Comes Around showed off his vocals. And just for good measure, a cover of Dance and Shout drew the backing singers out from behind their podiums leading the audience in full swing with a Jackson-esque routine.

Finishing the night with performances of new tracks Suit & Tie and Mirrors, along with obvious swansong SexyBack, Justin had more than lived up to his reputation as one of the world’s most famous entertainers; his younger namesake sitting up top was hopefully taking notes.

Yes, it was all a little light on the banter, but no matter; a slight attempt at a cockney accent towards the end of the evening was enough, with the songs this tight and swiftly flowing.

And best of all, I wandered back down the Kentish Town Road with an alarmingly thorough lesson in crotch thrust technique.