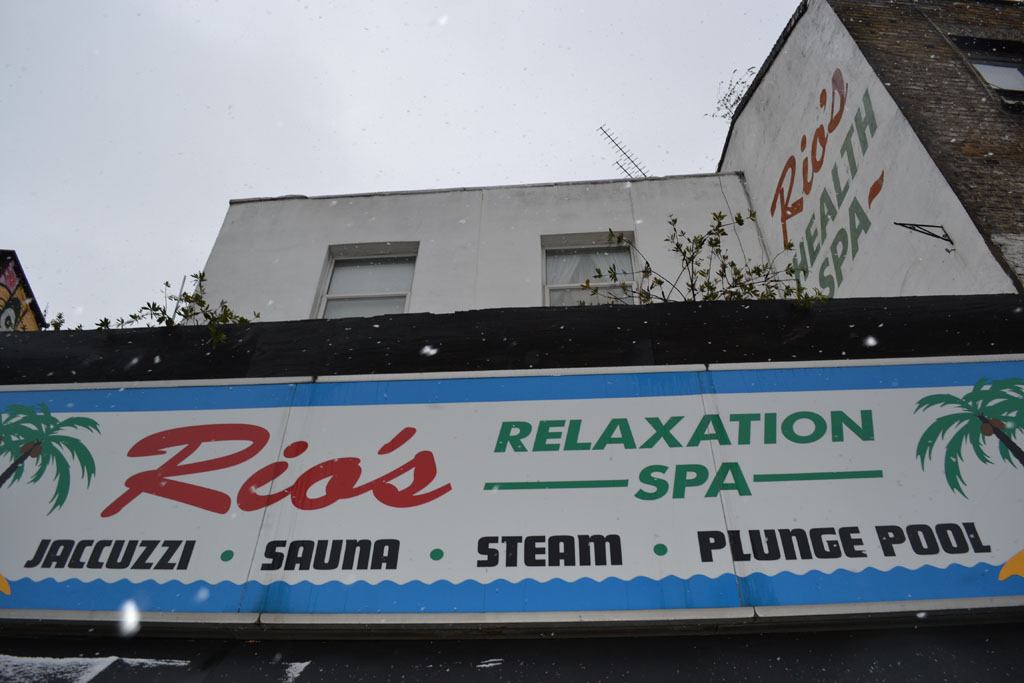 Inside Rio’s Naturist Club: “For three years I worked as a topless waitress”

After Monday’s feature on Rio’s by author Suzanne Portnoy, we were flooded with comments and reader feedback, including an email from Amy, a former waitress.

For three years I worked as a topless waitress at Rio’s. When I mention this to people who are familiar with its tacky exterior, I’m usually met with the assumption that it’s a brothel masquerading as a sauna. This is certainly not the case, although it does have a kinky side if you seek it. Rio’s has a split personality: it can accommodate the wholesome ethos of naturist relaxation, with its saunas, steam rooms and sun-trap garden, but at the same time, getting hot and steamy with other naked people is the perfect environment for chasing sexual thrills.

I’ll be honest: the job was a monotonous one, but the opportunities for socialising and voyeurism were decent compensation. Naked bodies are fascinating: pendulous breasts, beautiful taut bellies, genital piercings, missing limbs, newly waxed or hairy bushes, huge erections, and tiny weeny penises balancing on ripe pairs of bollocks – all these and more were paraded with varying degrees of confidence.

And the hair! One Mediterranean guy had the most hirsute body I’d ever seen, save for a rectangular clearing on his shoulder blade that made way for a tattooed tribute to his parents. And I remember marvelling at a tipsy one-legged man hopping through the wet area, chasing a beautiful Brazilian transsexual – luckily, blushes are hidden in the heat. I suppose it’s fascinating because you end up regarding people with benign curiosity and asking questions that anywhere else would be met with a slap.

While clearing towels in the early hours one morning, I heard a woman having an intense orgasm. The sound was instantly arousing, and I lingered there. She carried on for a long time, and the waitresses took it in turns to go there and listen. Some had a look, although it was difficult with many people crowding the room, including her husband. The couple came the next week, and the week after, and many times, usually on the same night and the same time. Strangely enough it was a popular night. I liked the woman and decided that I did not want to watch – sometimes seeing people at it doesn’t meet your expectations (a lot of swingers looked like they were hoping for an upgrade). So, I just listened, and it remains one of the most erotic memories I have of the place.

Not all my memories are rosy. Nudity can create a false sense of intimacy, and there were times when people didn’t respect boundaries, or misinterpreted politeness, or assumed that being topless meant we were sluts at their disposal. I was angered by a few couples who boasted that their other halves were at home, oblivious. The night manager tried his best to toughen me up, but I was always a bit too nice. Unpleasant, rude and aggressive customers would be served with the same smile as everyone else.

I guess suffering fools is a large part of any customer-based job, and a naked idiot is no different from a clothed one.

Amy is not the author’s real name

6 thoughts on “Inside Rio’s Naturist Club: “For three years I worked as a topless waitress””

6 thoughts on “Inside Rio’s Naturist Club: “For three years I worked as a topless waitress””