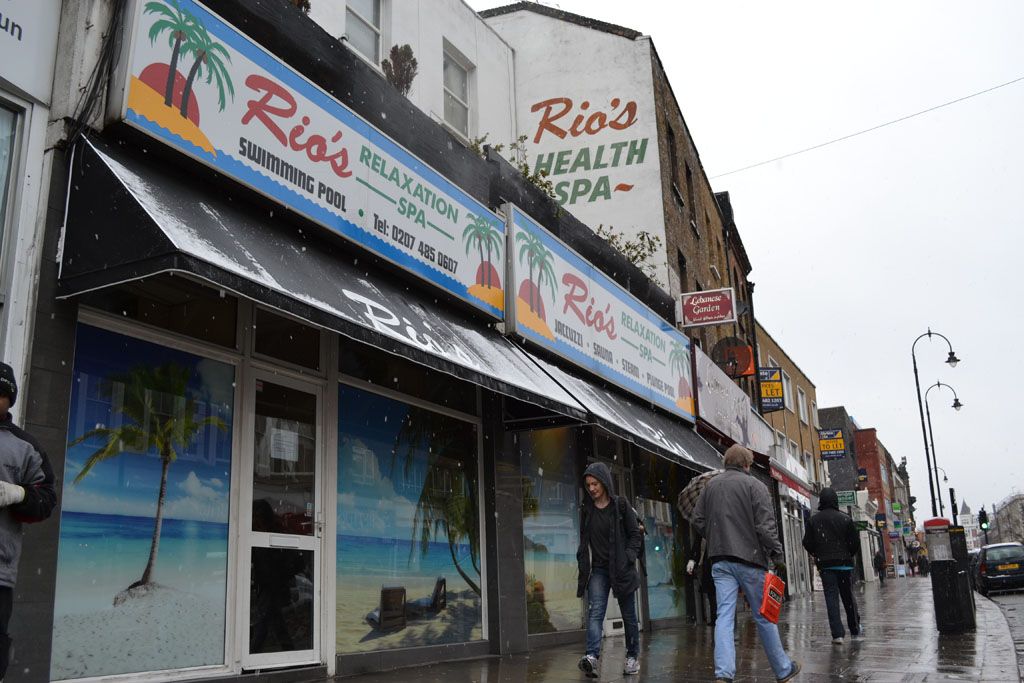 Rio’s Naturist Club – What’s It Really Like? By Suzanne Portnoy

For longer than she cared to remember, the author was a regular at north London's most notorious sauna

The first visit was an impromptu birthday present to my then boyfriend. But if you go there often enough, you get to know most of the customers and it’s an extremely inexpensive sauna, steam (and whatever else) if you’re a woman. In fact, I would describe Rio’s as a naked community centre.

There used to be a large contingent of African women who would come in with a suitcase full of lotions and potions and scrub themselves all day long (not naked). Most of the men are naked, the women not always.

The really salacious stories I wrote appear in my book The Butcher, the Baker, the Candlestick Maker (republished in April by Random House). So yes, I was a regular there, and for a while went for a steam and sex at lunchtimes (Wednesdays, usually) but then I moved to Friday night (party time). A few summers back, I preferred to spend the weekend in their ‘garden’ where one could sunbathe naked.

I paid nothing for a while, then £5, then £8; I’m sure it’s more now. Saturday nights are ‘couples only’ where a couple can enjoy all the spa facilities and have sex with other people in one of the ‘resting rooms’. I went there a few times with the boyfriend I had at the time and that was one of the reasons I got into the swinging scene. We had some very good nights…

My current boyfriend went a couple of times before we met, and got hit on by some guys so I guess there’s a bit of a gay thing going on too but I never noticed that too much. Safe to say that if you’re a half decent looking woman or even not half decent looking, it’s easy to get laid. That can put off single women going and I did get a few stalkers in my time but mainly it’s a fairly relaxed, casual place.

I haven’t been for over two years now so it may well have changed. But seeing as I went fairly frequently for almost ten years, I very much doubt it! In Kentish Town, it’s an institution. You can bring your own alcohol and they’ll even get an Indian takeaway for you if you ask nicely. The Jamaican guys sometimes brought in jerk chicken; that was nice. And they serve free water, squash and biscuits.

You can even order tuna sandwiches and hot toasties at the bar. As that ex of mine used to say: “So you can have a toastie between mouthfuls…”

36 thoughts on “Rio’s Naturist Club – What’s It Really Like? By Suzanne Portnoy”

36 thoughts on “Rio’s Naturist Club – What’s It Really Like? By Suzanne Portnoy”