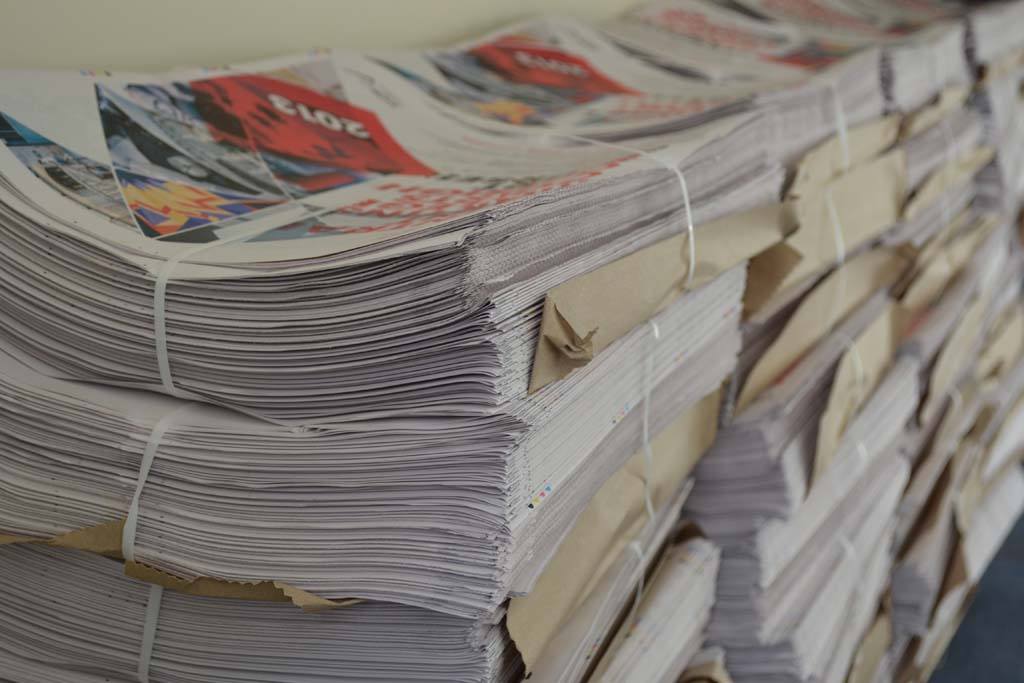 1. Pick Up Your Limited Edition Kentishtowner in Print – at The Grafton, 6pm Tonight

Yup, we’ve been in the newsprint laboratory these last couple of weeks putting together our inaugural monthly newspaper. And we’re pleased to say it’s now here. In our clammy hands. We feel a bit sick.

A must-see for regulars and newcomers alike, we hope you’ll enjoy the special 16 pager which includes some great new features like local columnists Esther Walker and TV presenter Rick Edwards. And yes, of course you can continue to read the Kentishtowner daily on whatever device you enjoy, but there’s still a thrill in a bit of the physical, right? Especially one that looks quite nice lingering on the coffee table. And like its parent website, it’s naturally free, too.

Tomorrow we’ll publish a list of distribution points which will include many of the area’s preferred bars, pubs and cafes, but for a special advance copy please hotfoot it between 6pm and 730pm to The Grafton tonight, where we’ll be giving them out.

We reckon the issues will be snapped up pretty quickly so make sure you grab what may even become a collector’s item. Why not tweet us if you’re heading down too?

As you may know the Neighbourhood Forum (KTNF) have been in the process of developing a plan for the manor which includes an exciting rethink of the Assembly House junction/canopy area. This can only be a good thing, so if you’re free last minute, join in this afternoon’s event, aimed at “adding to and prioritising those proposals and actions”. A public session takes place from 4.15-6.30 and an evening session 6.45-9pm, the latter to include Kentish Town Neighbourhood Forum’s AGM as well as a presentation by the Prince’s Foundation. St. Luke’s Church, Oseney Crescent.

3. ‘Movies’ At The Beardsmore

It’s always a pleasure to have a snoop at the latest show at one of NW5’s longest-running galleries. Last night we swung by the launch of American artist (and longterm Highgate resident) Ellen Kuhn’s ‘Movies’ screenprints and paintings made in the 1970’s. Heavily influenced by pop art, the images feature stars like Fred Astaire, Jean Harlow, Marlene Dietrich and, best of all, there’s a very desirable flocked screenprint of Humphrey Bogart. Exhibition runs only till Feb 16 so well worth popping by this weekend (open 11-5pm). 22 Prince Of Wales Road.

4. A Village Green off Camden Road?

And whilst we’re mentioning cool local creative spaces, we passed Royal College Street’s Cob Gallery a few times over Xmas and it look a bit too shut (if you know what we mean) so we’re pleased to report they’re still trading. Their first exhibition of 2013 – and one which marks their two year anniversary – features Central Saint Martins graduate Dmitri Galitzine: ‘God Save the Village Green’ reveals an overlooked England outside our cities, taking the hand of the amateur, the hobbyist, and the enthusiast to draw back the veil on rural Britain. Private view is on the 7th, show opens Friday Feb 8th. 205 Royal College Street.

5. It’s Bye-bye to One of Our Favourite Chefs

And just a ham hock’s hurl from the Cob, one of the manor’s most talented young head chefs, Dorian Kirk, whose cooking we awarded a rare 9/10 back in January 2012, left the Colonel Fawcett on Sunday. The good news is he’s planning on opening his own place by late summer. Meanwhile, if you’re a fan of the Randolph Street gastropub, co-owner Ross reassures us that “we’ve had a new chef in working with Dorian for a couple of weeks now, and will be doing a new menu soon, using most of the same suppliers.” We’ll report back soonest.

7. Feeling Loved Up Yet? Nope, Neither Are We.

So let’s all head over to the next Dandy Lion Market this Saturday for a smoochy-sounding “Wild at Heart” affair. “Enter the den of delights,” says breathless organiser Leslie, “and warm yourself with hot drinks, fine fare and delightful goodies. The market will be bursting with beautiful wares to give, or keep, to your heart’s desire.” My giddy aunt. We might linger, instead, in the corner with a Hell’s. 12:00-5:00 pm The Oxford, 256 Kentish Town Road.

Got a story for the Pinboard? Email info@kentishtowner.co.uk