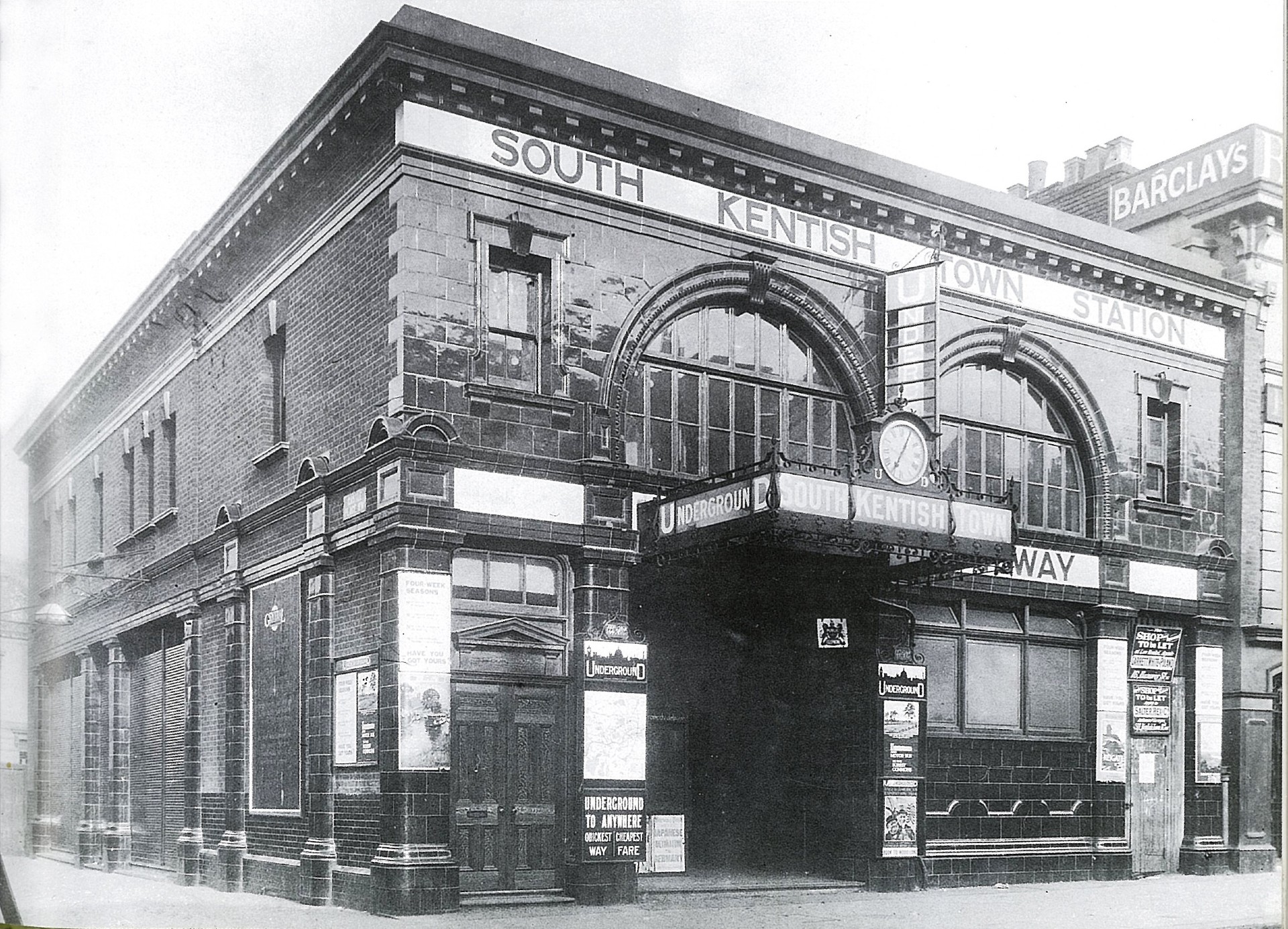 It was closed a mere 17 years after it opened. Why? And find out how it became an escape room

The once familiar exclamation, “passing South Kentish Town!” is how the late railway-loving poet laureate John Betjeman chose to evoke its memory; the station that trains rarely stopped at.

Kentishtowners of the 1930s may have preferred its later role as a spot to grab their smokes once it became a tobacconist’s. Or perhaps they picked up fuel at the coal merchant’s residing in the other half. And today, people drop by to pawn out-of-favour electricals at Cash Converters, or a spot of yoga upstairs.

The ghost Underground station found midway along Kentish Town Road was never a major success in its original incarnation as the penultimate branch stop on the Charing Cross Euston and Hampstead Railway. But the building remains an imposingly solid link with the transport ambitions of a century ago, displaying some unkempt but nevertheless iconic Leslie Green terracotta arches of the sort still found at stations along the Northern, Bakerloo and Picadilly lines.

The original passenger tunnels, lift shafts, and burnished glazed tiling all remain, silent below street level. Decommissioned, largely sealed off and gathering an ever-thickening layer of grime. You may have observed how the Northern Line tunnels widen half a minute out of Camden Town. That’s where the platforms once stood. And if you’ve perfected the art of squinting to fix focus in a carriage rattling along at 20mph in near darkness, the painted sign ‘Castle Road’ might be spotted.

What the devil’s the story? Well, when the CCE&HR aka Northern Line was being planned in the 1890s, it was originally decided that one branch would terminate at Kentish Town. The line was only later extended, first to Archway, then onwards as the frontiers of London’s northern burbs’ pushed back into the once open countryside.

A station at the corner of Castle Road, though a curious proposition today, would have made sense then, ahead of the final stop. And the site was also significant for historical reasons. The adjoining pub – more recently bearing the legends Heroes, Flowerpot, or Bullet Bar above the door – was the site of The Castle, a key local inn since at least the 1650s, and possibly an important hunting lodge even before that.

With a two-acre site boasting tea gardens, extensive games grounds and a scenic bridge over the river Fleet, it marked K-Town’s unofficial village boundary, an idyllic and popular leisure destination for those desperate for a break from the pace of the City.

Later, with the gardens long buried beneath Castlehaven Road, Kelly Street, Castle Road and Clarence Way, The Castle was rebuilt as the Victorian boozer that stands today (although almost destroyed by property agents Ringley – but that’s another story).

On June 22nd 1907, the area’s very own Tube station opened right next door. With the significance of this gateway swallowed up by the forces of development and despite and a swift name change to South Kentish Town, the station was hardly used. It was closed – or rather, never re-opened after a strike at the local power station – a mere 17 years later and, despite recent calls to reopen it as the somewhat disingenuous ‘Camden Lock Underground’ the passenger tunnels have remained empty ever since, except for a period as a WWII air raid shelter.

Betjeman’s mention of the unloved station came in a short story he wrote for broadcast on the BBC Home Service in 1951. His tale was based on a true incident when a gentleman accidently alighted from a train at South Kentish Town shortly after its permanent closure.

The terrifying possibilities of being stranded in a ghost station captured his imagination, as it did the writers of a Tube staff magazine, who penned an amusing rhyme including the line:

“All day upon the platform Mr Brackett quietly fumed,
His mind was full of pictures of the day he’d be exhumed.”

A visit to the trusty Subterranea Britannica website reveals all sorts of pictures from the abandoned dusty passageways, lying frozen in time while the world carries on up above, as with the nuclear bunker on Highgate Road.

There they sit waiting uncertainly as the decades roll by. Purposeless, vacant spaces… for now. But re-opening South Kentish Town isn’t a completely crazy idea, particularly with the much overdue redevelopment of Camden Town Station hitting endless buffers.

Maybe one day it will be reborn, as the former ‘ghost’ Mornington Crescent was so successfully. Or would today’s Kentishtowners also find themselves only too relieved to hear the announcement, “passing South Kentish Town”? 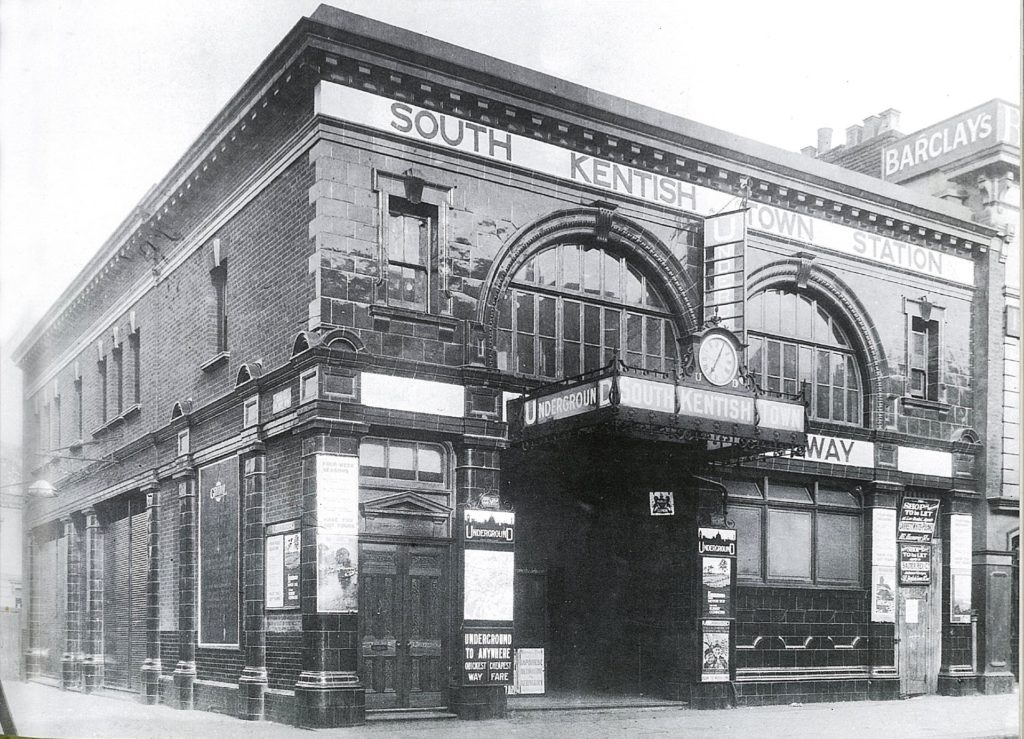 The disused tube station is now home to Mission Breakout, a thrilling subterranean escape room with a choice of two games that hurl you right back into the station’s deepest history. An immersive and genuinely exciting experience, which requires team work, ingenuity, creativity, and out-of-the-box thinking, you can find out much more about the escape room and both games in our separate feature here.