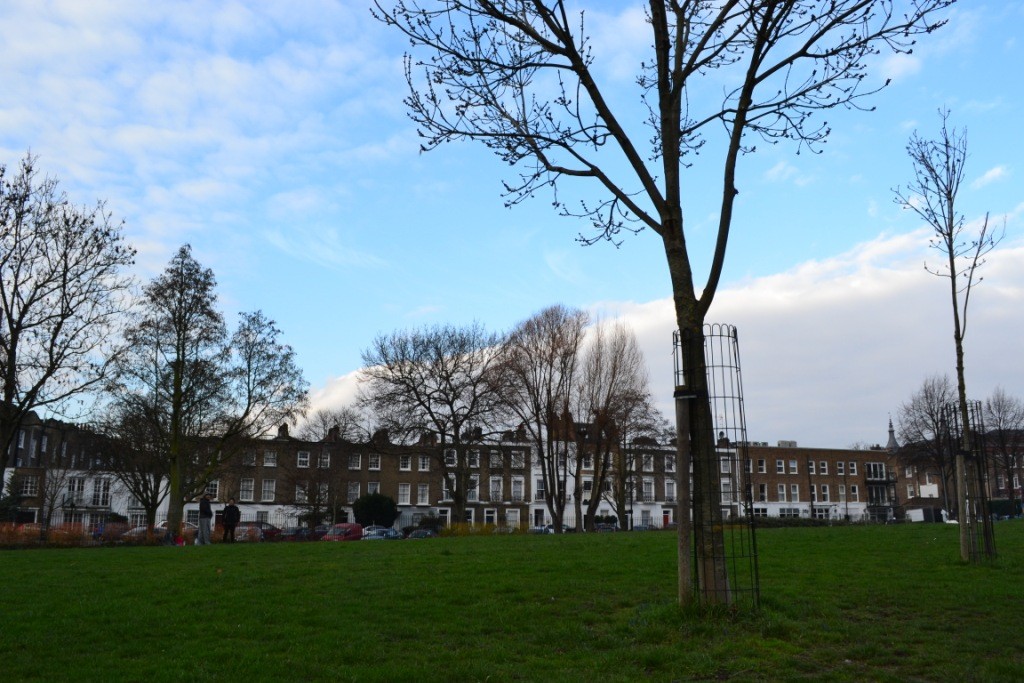 35 years ago, the neighbourhood was a rather different place when the heir to the throne paid Talacre a visit

“I think it’s fair to say that since this street was named, many things have changed for the better,” begins an earnest, youthful-looking Charles as the camera zooms in on run-down Prince Of Wales Road. “But in areas like Kentish Town, north London, there are still the problems of urbanized existence, which must make talk of progress seem pretty hollow.”

Quite. The fascinating documentary you are about to watch was filmed in 1979 and follows the royal’s visit to NW5. Why was he there at all? Well, to report for his ‘Jubilee Trust’ on Ed Berman’s Inter-Action community project at Talacre, which we covered in a story last year.

In the course of the film’s 20 minute duration, we follow Charles as he swings by the City Farm, a ‘Make It Yourself’ workshop, where he quizzes local kids recording a single (“Do you think someone will buy it?”), and braves both a makeshift go-kart track and skateboard park alongside the Inter-Action centre.

In his opener, Charles tries to assess what it must be like to live somewhere like ‘Kentish Town’: he believes “bad housing”, “lack of space”, and “the feeling of living in a concrete jungle” all cause the “frustration that leads to vandalism.” Inter-Action, on the other hand, is an “exciting example of the kind of thing we’ve been aiming to encourage”, as it stands for community, self-help and creativity “in an area that doesn’t readily inspire such things.” (Charming!)

Whether you’re royalist or republican, there’s no doubt that this is a fascinating glimpse of life in Kentish Town nearly 35 years ago. Other observations? How polite and gentle the kids are, how ancient the buses and cars look, and how well-spoken everyone is generally. Charles is not a natural interviewer, of course, and his introversion and awkwardness do indeed provide a few corkers. “Are you sure they’re getting the right amount of milk?” he asks kids milking goats at the farm. “What are these rabbits called?” is his next gambit.

And some of the most deliciously excruciating moments are when he feels he should join in: first, with the kids practising their song, as he takes a tambourine rather glumly; and, best of all, his two skateboard runs (“I haven’t done it for such a long time”) surrounded by a cheering mob. Don’t miss the speedy wobble downhill, before he jumps off as the board flies through the fence into Talacre road. “I hope I haven’t ruined it,” grins the Prince sheepishly. (If you’re short of time, head straight to the clip at 18:00 minutes in.)

The film was one of a handful of we watched last week on the closing day of Kentish Town City Farm’s 40 Year Anniversary exhibition, which contained some fascinating black and white images of streets no longer there, and terraces long since pulled down. As some of you will know, Kentish Town City Farm, originally City Farm 1, was the first in the UK, founded by Berman’s InterAction Trust in 1972.

In case you missed the exhibition, we hope to bring you some of the images, as well as further films over the next couple of months, courtesy of Simone and Mick at the farm. But for now, without further ado, here’s Charlie Boy on perhaps his first ever visit to Kentish Town (his second was here). Note too his singular emphasis on the ‘Ken’ in Kentish Town, quite different from how most people say the name (with the stress on the ‘Tish’).

Enjoy that? Find out more about Inter-Action here. Talacre Gardens is on Prince Of Wales Road. The City Farm is at 1 Cressfield Close.