1. The Southampton Arms
2. The Pineapple
3= The Oxford
3= Tapping The Admiral

This area of London has a particularly rich heritage of public houses. A stagger deep into the neighbourhood produces a boozer on virtually every street… or more often than not, a former pub. But while there’s no denying the decline of the true ‘local’ (as we witness penthouse developments currently consuming the likes of The Prince of Wales and Monkey Chews), we’re nevertheless living in a golden age here in North London too.

There’s almost certainly never been a better time to sample quality ales and a serious selection of wines and spirits. So the category produced plenty of very worthy mentions: South End Green’s The Stag got a thumbs up or two and there was a hopefully-not-nostalgic vote for the Bull & Gate from Fiona, with The Junction, Dartmouth Arms and The Abbey Tavern all pulling votes and only narrowly missing out on the ‘medals’ this year.

Yet it was High Street staple The Oxford and Tapping The Admiral, less than three months old but clearly making a very good impression on you all, that took joint bronze.

We’ve warmed to The Oxford in a big way this year: it’s buzzy, eclectic and is definitely the most hipster-ish of local boozers, continuing to supply decent beers, ales, wine – and people-watching – at the front to compliment the vastly improved chandelier-lit foodie section at the back. It’s been a fine reinvention (who remembers Friday night brawls at The Vulture’s Perch in the 80s?) and is now a much-loved meeting-point in NW5.

The team behind The Pineapple have done a grand job of adding warmth and life to a long forgotten old boozer with the Admiral, creating a successful, buzzing pub without relying on a gastro refit. A good range of ales on tap and a sympathetic (if a little bright) lick of paint has produced a ray of hope for all those who fear the inexorable demise of the Great British Local. The other night we tried their own infused spirits too; one way to get the party started.

And it’s those very owners who also take the #2 slot with the cherished Pineapple. A destination pub since way before the more recent crop transformations of formerly dodgy boozers, it plays host to community events from Beer Festivals to regular Sunday Vintage Pop-Up market and regular quiz nights, and has legions of loyal fans for its ‘proper’ feel, ales, effortlessly preserved Victorian interior and tucked-away location. 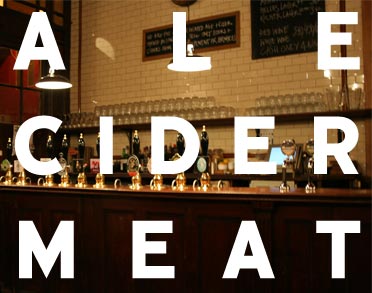 But at number 1, it was ‘no contest really’ according to Ian Walsh and the majority of votes certainly agreed with his. This certainly isn’t the first award The Southampton Arms has picked up in its short recent history (they won in our own inaugural awards last year as well as picking up CAMRA’s Best London Pub vote and tons of others since) – and we’d hazard a guess it won’t be the last. A focus on seven guest ales and ciders from independent breweries, some prime pork baps for the hungry and if you’re lucky, a singsong around the piano to top it all off. It’s a pub that’s deeply serious about its ales, but whose diminutive size and wild popularity give it a welcome light hearted atmosphere. A simple, great pub.

Kentish Town and its environs really does have a case for boasting the best pubs in London right now and there are plenty we haven’t mentioned here, so let us know your favourite other locals and let’s support them too. We’ll see you at the bar for a mulled wine or five.