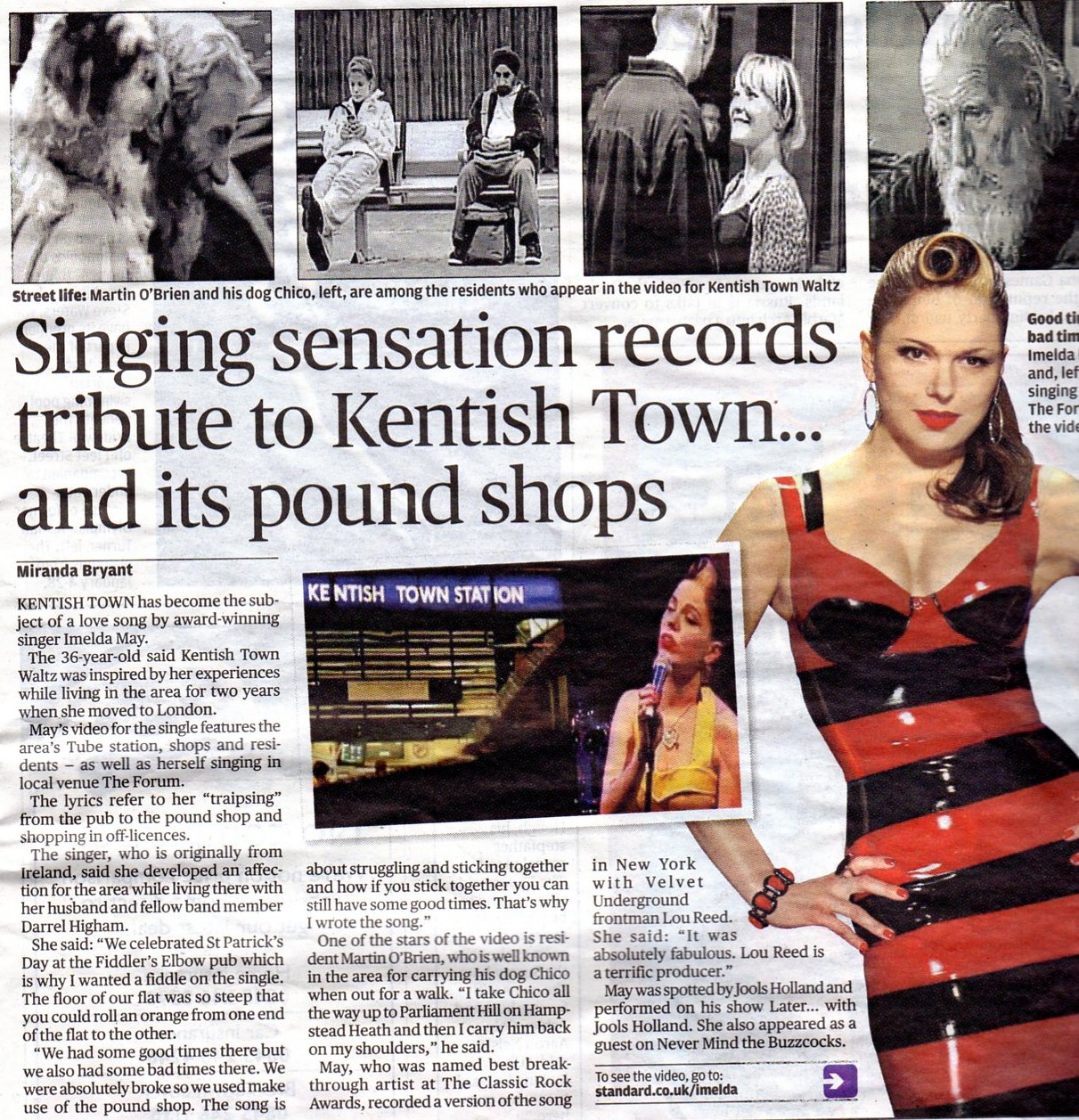 Cynics would argue that it must have been a quiet morning at the Standard yesterday, what with the home counties besieged by snow, as our beloved postcode received no less than a whole page of coverage. The news? Kooky Irish singer-songwriter Imelda May, a former NW5 resident, has released a ‘tribute to Kentish Town…and its pound shops.’

And OK, Imelda’s never going to win any awards from the Kentish Town Tourist Board (ie us), what with all the references to bailiffs and fights and boozers, but we think this is one helluva love song which crackles with atmosphere; in fact, if Mrs Kentishtowner didn’t live here already, she’d have the house on the market and be arranging viewings by elevenses.

A minor point is that the promo, whilst effective in its way, eschews all the area’s really interesting sights in favour of cliched shots of people bored on platforms, the tube station at night, a grainy exterior of The Forum and blurred headlights on the main road.

But it’s redeeemed by May herself, always resplendent, and cameos from locals such as Martin O’ Brien, dog Chico on his shoulders – and ‘Drinkers’ Paradise’, the charmingly-named liquor store on Prince Of Wales Road.